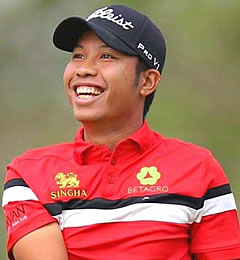 Turned professional in 2014 and recently won back-to-back All Thailand Tour Singha E-San Open and Boonchu Ruangkit Championship in 2017. In 2016, Danthai enjoyed four top-10s, including two tied third finishes at the King’s Cup in Thailand and Mercuries Taiwan Masters and a runner-up finish at the BANK BRI-JCB Indonesia Open. He Underlined his potential by winning the 2015 World Classic Championship at Laguna National in Singapore. Made a strong start to his professional career by finishing tied-fourth at the 2014 King’s Cup after turning professional earlier that week. 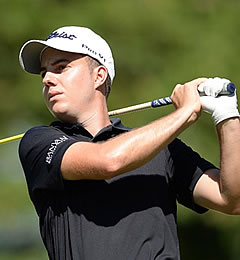 Graduated from the 2013 Asian Tour Qualifying School. Enjoyed strong start in season-opening Myanmar Open with a tied seventh finish but failed to retain his card. Regained his card in Qualifying School in 2014 and enjoyed an impressive season highlighted by a second-place result at the Resorts World Manila Masters. Enjoyed a top-10 in Manila again in 2015 along with three top-20s and top-10s at the King’s Cup in Thailand, Shinhan Donghae Open in Korea and Bank BRI-JCB Indonesia Open. 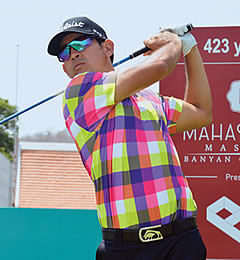 Turned professional in 2006 and joined the Asian Tour in 2013. He was unfortunate by just one shot to miss out on the 2017 Asian Tour season although he is focusing on his search for a win on the All Thailand Tour and MENA Tour this year. Wolmer won the Mountain Creek Open by Golf Citizen and came runner up at the MAHASAMUTR Masters 2016.